The Federal Republic of Tumbra, as a federal state, consists of twenty-five partly sovereign states. Twenty-two of the states are called provinces, while the remaining three - Straton, the nation's capital, Harren, and Bencoolen - are called city-states. Federalism is one of the core principles of the modern Tumbran state, however the power of the individual states is not as powerful as in other federated states, due to the fact that any reserve powers not granted specifically to state governments are retained by the federal government, instead of being distributed to the states themselves.

The current boundaries of the states were set after 1601, when Edward I unified the country under the guise of the Empire. The new divisions were ostensibly to reduce rogue claims on the Empire's new lands from recently-deposed families, and served as a way for Edward I to reward his followers. The three city-states were separated at the very beginning following pleas from local burghers and merchants to grant them free city status, in order to trade.

Following the end of the Civil War, the decision was made to retain the boundaries of the states as they were. The state of Carrinthia was renamed Hamilton in honour of the first President, Gordon Hamilton, after his passing in 1877.

In this table below, parties with shading form part of the state government whilst the party or parties in bold are the largest party in the legislature. 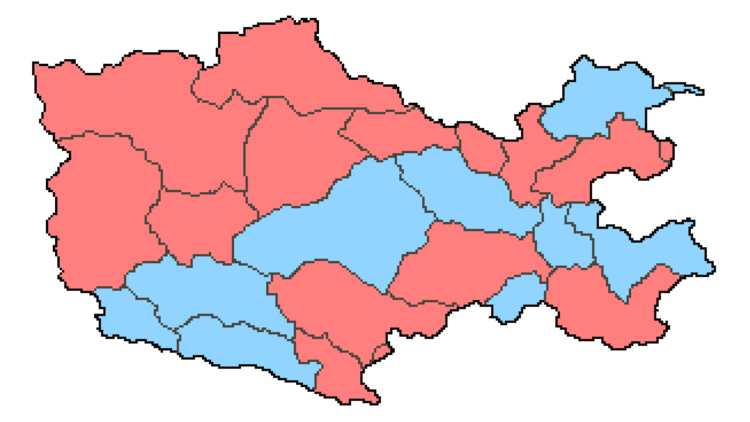 Retrieved from "https://nssports.miraheze.org/w/index.php?title=States_of_Tumbra&oldid=21447"
Category:
Cookies help us deliver our services. By using our services, you agree to our use of cookies.